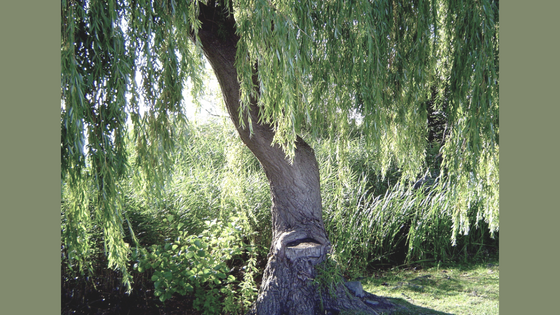 Recently Serena Williams has been in the news for a lot of reasons and ardent fans like myself have been cheering her on as she makes a comeback in the Tennis majors after giving birth to her daughter just nine months earlier.

One such news grabbing story line has been regarding the statement her contemporary Maria Sharapova had made about seeing Serena in tears at the locker room. Williams has  in turn defended her tears as “normal” and something that “a lot of people do”.

This week in our Bible journey we will look at someone who has been nicknamed by most Bible scholars as “the weeping prophet”. His name is Jeremiah.

But I wonder if that is in fact a fair title for him. Yes, it is true that we read him say “I would weep day and night for the slain of my people” (Jeremiah 9:1b, NIV). But I would suggest to you that it is in fact a “normal” emotion for anyone who has been commissioned with a message from God to His people.

We serve a God who weeps over His people who have strayed far away from His love and purposes. And so did Jeremiah.

Here are some of the highlights of who Jeremiah was (other than “weeping”):

So please join me this week in walking through the life of this amazing prophet who God raises up to speak His message of both warning and hope with love.

You can also get a book summary by watching the below short clip put  together by The Bible Project team.

And now here is the weekly plan for you to familiarize yourself with Jeremiah during your daily reading.

A young Jeremiah is called by God to be a prophet to the kingdom of Judah and the nations; and through oppositions and discouragements, he continues to speak the word of the Lord’s judgment and hope.

One thought on “Week 23: When God calls and commissions; He equips and strengthens”