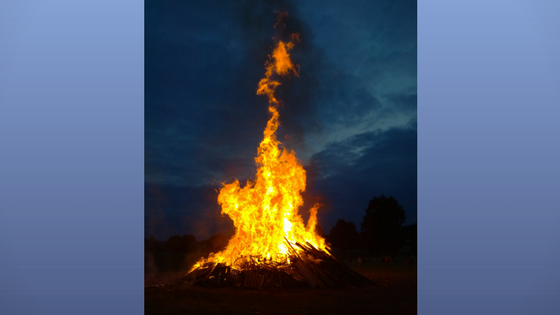 If you search for the name “Elijah” in the New Testament, you will find 31 occurrences. In my opinion, that is a pretty high number of mentions for someone who is featured in only 6 chapters of the pretty lengthy Old Testament.

So, why does Elijah command that much attention?

I will suggest to you that at the period in Israel’s history when the word of the Lord was rare and when the very rulers of God’s people were very wicked in the eyes of the Lord, Elijah was a true prophet willing to step out of his comfort zone, keen to hear and obey the word of the Lord even if it meant putting his own life in danger.

Having covered some of the poetical literature of Israel’s history, this week in our Bible Learning journey, we will turn our attention back to the period of kings and pick up what happens right after the reign of king Solomon.

Back in week 14, we saw how Solomon was a king who started out well but did not finish well. In fact, God was fed up with Solomon that He wanted to take away the kingdom from Solomon and give it to others but for the sake of David, He ensured that a descendant of David would always reign over God’s people in Judah. 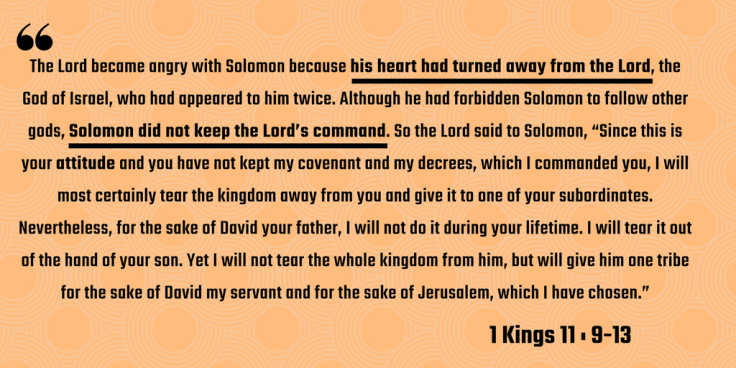 And this basic heart, attitude and behavioral problem was one that would continue to plagues the other kings who would follow Solomon even though occasionally there would be a good king at least in the land of Judah.

So it is in this context of godlessness and worship of false gods especially Baal, that Elijah shows up on the scene. By all means, he is not the only prophet that God raises up and uses but he was a trailblazer of sorts because he was the first of the prophets to speak the judgment of God upon the people without fear of the consequences.

Here is a quick overview of the significant events in his life:

And it is because of this fact that he does not taste death, there was an expectation that the prophet Elijah would one day also return. And we read of this from Malachi in the conclusion of the Old Testament:

“See, I will send the prophet Elijah to you before that great and dreadful day of the Lord comes. He will turn the hearts of the parents to their children, and the hearts of the children to their parents; or else I will come and strike the land with total destruction. (Malachi 4: 5-6, NIV)

This is the reason that while Jesus was on earth, there was much speculation that perhaps Jesus was the prophet Elijah who had returned. Jesus of course sets the record straight that this prophecy of Malachi was in fact fulfilled by John the Baptist:

So what does this mean for us today?

Like Elijah, we too find ourselves living among a generation whose hearts have turned away from the Lord and in a land where allegiance to the worship of one true God is rare. So, are we willing to stand up fearlessly like Elijah? Are we passionate enough to declare the word of the Lord and restore righteousness among God’s people?

I so want to do this and answer to this call with a resounding YES. Will you join me too?

May the Lord move us this week as we read and learn from the lives of the kings, their actions and their heart attitudes. And to get us started in this review, here is a quick summary of the era of biblical kings by The Bible Project:

After Solomon’s reign, the kingdom is divided into two and as various kings take their place, hardly any of them are righteous before God and Elijah the prophet is mightily used by God as he fearlessly calls people to worship the one true God.

2 thoughts on “Week 19: The Lord needs people who can boldly declare the Word of the Lord”