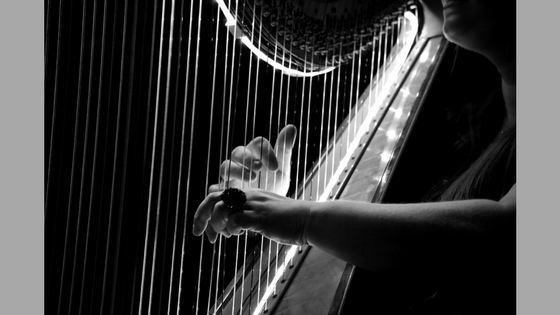 I am pretty sure that apart from Christ Himself, David gets the most mention and exposure in the Bible. There is so much we can read and learn about the life of this one man who lived on this earth many centuries ago. And we have the pleasure (and sometimes displeasure) of seeing so many different sides of this one man. We see:

But most important of all:

If you have been following this journey and did read through the passages from last week, you would have already observed quite a bit about David last week. And this week we will continue reading his story: the good, the bad and the ugly.

Yes, there are lots of good parts but also lots of bad and ugly stuff. Yet, the most notable aspect about David is that even in the depths of his weaknesses and failing of strength, he somehow is able to operate out of a place of deep understanding and intimate relationship with God.

Somehow David had managed to tap into the very essence of God’s heart and God’s nature that allowed him to live a life of deep intimate relationship with his Lord.

And I believe that it is this level of intimacy that David experienced with God, that caused him to be remembered in the scriptures as a “man after God’s own heart”.

So, even though we get to see the negative side of David and his many weaknesses, his struggles and his sins, what makes him remarkable is that he did not allow those things to define his end. He was able to eventually set things right with God and before God by laying his heart bare before God.

And today in my own walk with God, David inspires me to also seek after the Lord with all my heart that I may truly desire what God desires and operate life out of a place of understanding God’s viewpoint and acting accordingly. I do not have to be discouraged by my own weaknesses but continue to rise up each time I fall seeking after the heart of God.

So, I hope you will take some time this week to read and reflect upon the life of David from 2 Samuel and 1 Chronicles and be encouraged to pursue Him wholly. To help you get started, you can have an overview of 2 Samuel by watching this short summary presented by The Bible Project.

And now for you to explore a bit about David on your own, here is the info for you to embark on  this journey yourself….

Israel’s greatest king, David, is a man after God’s own heart and shows us how in spite of his flaws he pursues true intimate relationship with God. 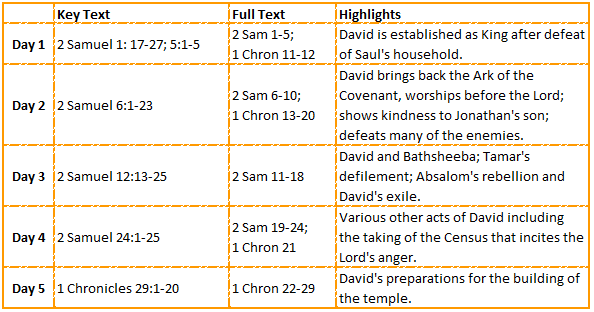 2 thoughts on “Week 14: A heart that seeks after God shall persevere through many troubles”